Catching Up With Skins Players

Midland baseball has produced players who have been successful at all levels in baseball including many MLB All Stars - even 2 Hall of Famers.  But, the Skins have also seen success in all sorts of professions.   Have you ever wondered where these players, teammates, and young men ended up?

Join us as we  "Catch Up" with former Skins players to see their contributions and where success took them. 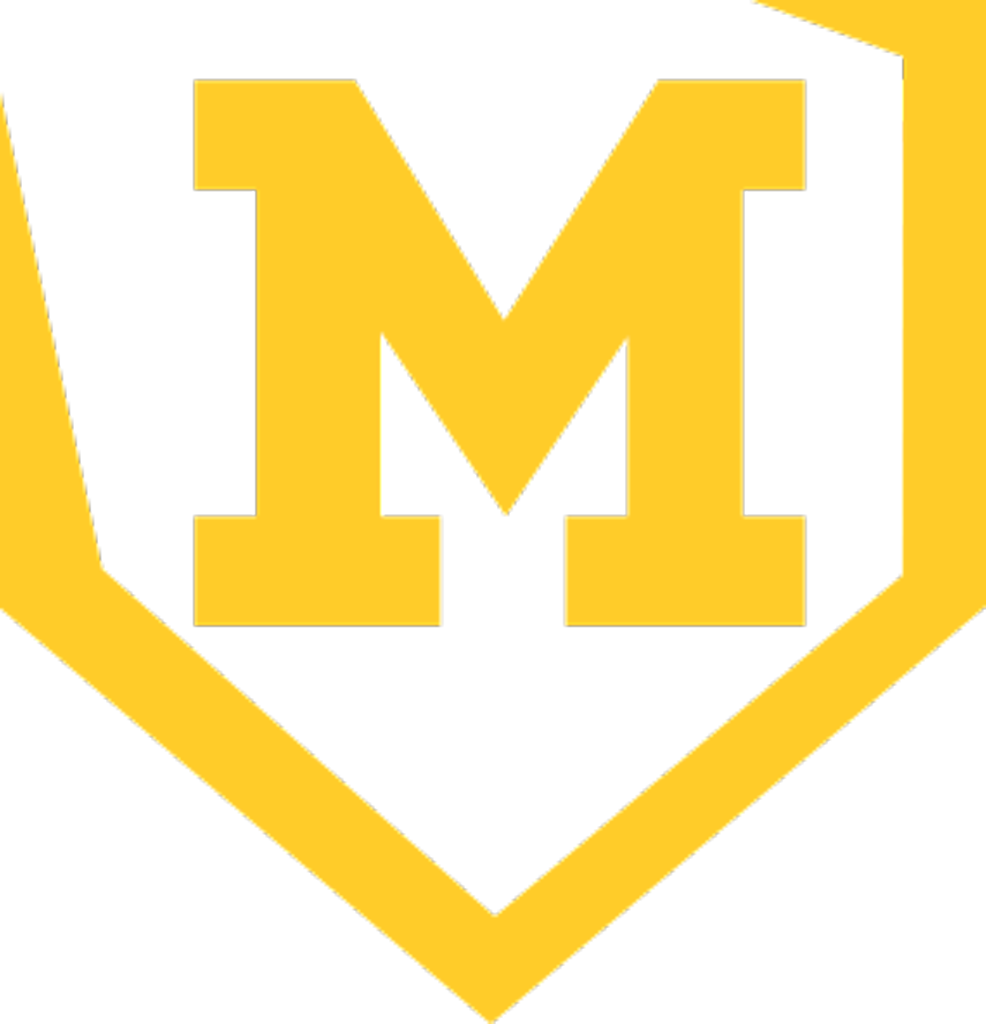 Catching Up - The Archives

Catching up with Jon Perrin

Perrin was able to discuss the start of his athletic career, including the beginning of his unique path in baseball.

“I grew up in a town called Olathe, Kansas. Grew up playing all three of the main sports; football, baseball and basketball. Baseball was definitely the sport that I was always the best at. From a young age I always enjoyed pitching, but I struggled with some arm injuries early on in my youth career, about my 7th and 8th grade years, but it helped me in the long run because it made me learn how to take care of my body. I attended Olathe East high school, and from there I was recruited to play at Oklahoma State University. My freshman year I was a preferred walk-on, and at that time, our assistant coach, Billy Jones, who had a pretty good relationship with B-Hi [Brian Hiler] and Glaze [Kris Glazier] out there in Cincinnati. I was the youngest player in the Big-12 my freshman year, so ended up graduating high school at the age of 17, and was still only 18 years old at the conclusion of my freshman year in college, so I was age eligible to go and out play for Midland,” Perrin said.

Perrin continued, “Billy kind of explained to me what this organization was all about, and how we had a couple other guys to come play for Midland through OSU prior to my time there. I got on the phone shortly after that with B-Hi who gave me the entire rundown of all the alumni who had played for Midland, which was right on the heels of having guys like Eric Hosmer come through, so I was like ‘holy cow, this sounds like an amazing opportunity.’ So, after talking to B-Hi about everything, I jumped at the chance and took the opportunity to go out there and play in the summer of 2012.”

Perrin talked about his initial reaction coming to Midland, and he described what was going through his mind once he arrived at the Midland facility.

“I pulled into the parking lot and there were the two big fields, and then this big indoor facility with a big equipment room inside. I had driven from Kansas City which was about an eleven-hour drive, so I ended up being one of the few guys who drove their own car. But once I pulled into the facility, I met up with a few other guys; I believe it was Drew Ward and Blake Wiggins who were there with me when I arrived. But after I got there, B-Hi took us into the equipment room and at that time the team was sponsored by Under Armour, so we got all decked out our Under Armour swag. Everything from spikes, turfs, jersey tops, pants, hats, all that stuff. I then got to go to the trophy room and see all the trophies they had and I was really starting to realize how much history and importance there was behind playing for Midland, it all kind of hit me and I knew that this team was for real and we weren’t messing around,” Perrin said.

Perrin talked about the impact Midland had on him as a baseball player, but also as a young man, and why his time at Midland was so special.

“From a baseball perspective, I was recently fortunate enough to see all the Midland guys; Coach E, Bart [Hammack], Hop [Mark Hopkins] down in Jupiter, Florida a few weeks ago. I had a chance to talk to them along with all the current players on the team. I told them that the biggest thing I took away from my time at Midland was that playing for this organization really did change the entire trajectory of both my baseball career and my life. I was a preferred walk-on as a freshman and really didn’t get to throw that much my freshman year. When I got to Midland and started playing there for about a week, our coaching staff at OSU got fired. So, for me to have the Midland name attached to me and to have the success I had that summer for Midland, actually solidified a chance to get a roster spot to go back to OSU for my sophomore year with the new coaching staff. From that perspective it opened up an opportunity for me to stay at my dream school. I owe so much to this program and to the coaching staff for giving me an opportunity and putting me in a place where I could succeed,” Perrin said.

“Personally, to be able to see the talent; Andrew Benintendi, Ryan Burr, and Max Schrock were some of the guys on my team and to be able to develop relationships with those guys is really special. I still talk to some of the guys I played with and we still have a relationship to this day, so it’s pretty cool to see what everybody’s doing now a decade later. Some of those guys are in the big leagues, some of them are playing pro ball, and then there are guys like me who had some success but are doing other things in their lives now, so being able to have those relationships, even after all this time is super special,” Perrin added.

After having some time to reflect almost a decade later, Perrin was able to share his favorite memory from his time as a Redskin.

“The best memory that I have was that the first time I ever hit 95 MPH on the radar gun was while I was playing at Midland. It was actually down in Farmington at the Connie Mack. I was closing and we were playing the Florida Legends. I remember it still clear as day, it was a good crowd, really good game, I’m pitching in the 7th inning and pretty much cruising, had good stuff that day. My velocity was ticking up, I had a couple 93s, touched 94 which was the first time I ever touched that, and it was 2-2, 2 outs, I shook a breaking ball and I was like I’m going to throw my best fastball right here and just come unglued. I throw a fastball a little out of the zone, kid swung and missed at it, and I took a peak at the radar gun, and my buddy Chris Oliver was screaming that I just hit 95 and he came over and hugged me, so that was one of my favorite moments and it was a pretty awesome feeling,” Perrin said.

Being a former walk-on and someone who took a very uncommon route to professional baseball, Perrin was able to offer a piece of advice for all the young men striving to one day play baseball at the collegiate level.

“My biggest advice is to always bet on yourself. If you truly believe in your abilities and believe that you can make it happen for yourself, and you’re willing to do whatever it takes, then you can make something special happen for yourself. Deep down in my heart I knew that I was a division one player and that I could play the professional level, I just needed somebody to give me an opportunity and once I was given that opportunity I made sure just to work as hard as I could to make sure that I didn’t lose that opportunity,” Perrin said.

Perrin had the opportunity to talk about “Papa” Joe Hayden, and what kind of person he was during Perrin’s time at Midland.

Perrin said of Hayden, “Mr. Hayden was such a pillar in the community. He was towards the end of his life when I got the chance to meet him, but he was always still spry and vibrant when you were around him. The generosity of Coach Hayden; he impacted the lives of so many players and I know the impact that being a Midland Redskin had on my career and my life. I am one of hundreds and hundreds of players that he’s impacted in that way, so for me it was inspiring to be a part of that legacy and see what a person can accomplish when they have a full heart are selfless like Mr. Hayden was” Perrin said.

As Perrin’s baseball days are now behind him, he was able to fill us in on where he is in life now and what he’s been up to since hanging up his spikes.

“I work as a financial planner and investment manager, so we do personal financial planning being able to help people achieve their financial goals, whatever that may look like. Anything from saving for a house, saving for retirement, being able to put your kids through college, anything like that. Thankfully, I’ve been able to work with some athletes, both current and former, based on my background as a pro athlete. When I signed my pro contract back in 2015, got a little bonus money and had no idea what to do with it. I majored in history for undergrad, and only took a few business classes, so I only had a little idea about managing the day-to-day money and what I actually needed to do with it. I researched and hit the books hard, and started to learn what I needed to do with that money. I started investing my own money, and I ended up being the guy in the clubhouse with his laptop open, looking at stock charts and reading the Wall Street Journal, so I actually became a remote employee at a wealth management firm in Kansas City in 2018. I got licensed as an advisor while I was still playing, and my first couple clients ended up being my teammates and helping them out, but once the pandemic hit and shut everything down, I pretty much saw the writing on the wall and accepted a job with Waterfront Advisors, which is where I work full-time now and have been loving every minute of it,” Perrin said.

Perrin has continued to find success, this time off the field, and he has been one of the very few to go from walk-on to pro ball. He continues to make the Midland program proud a decade later after his playing days for the program have ended.