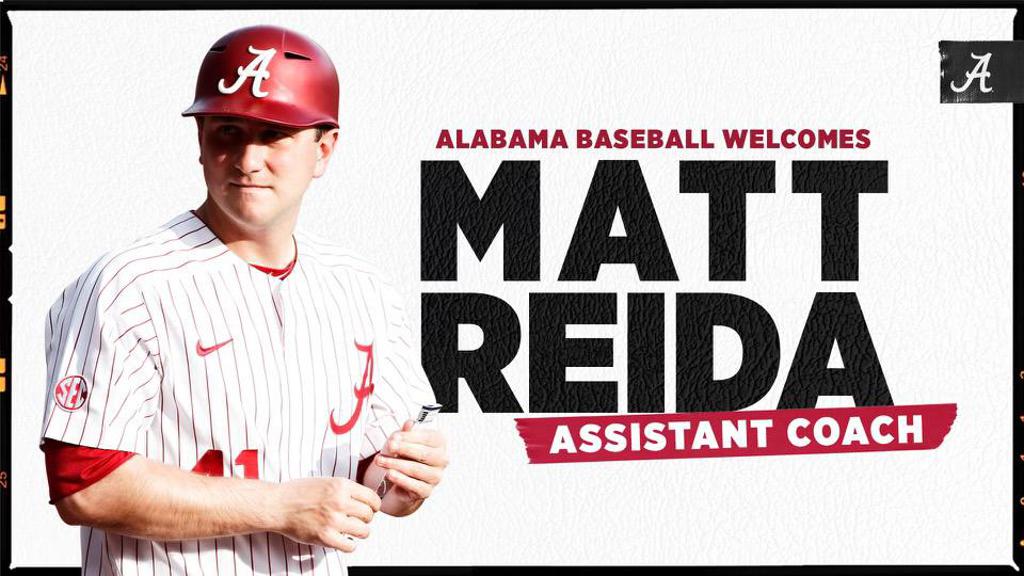 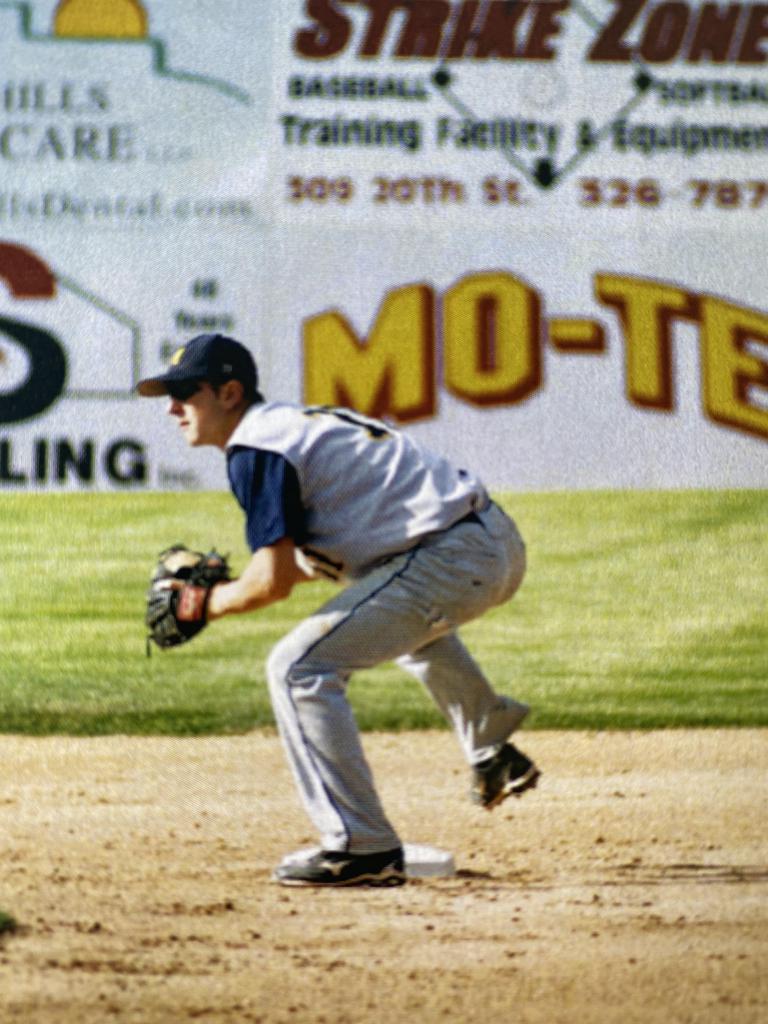 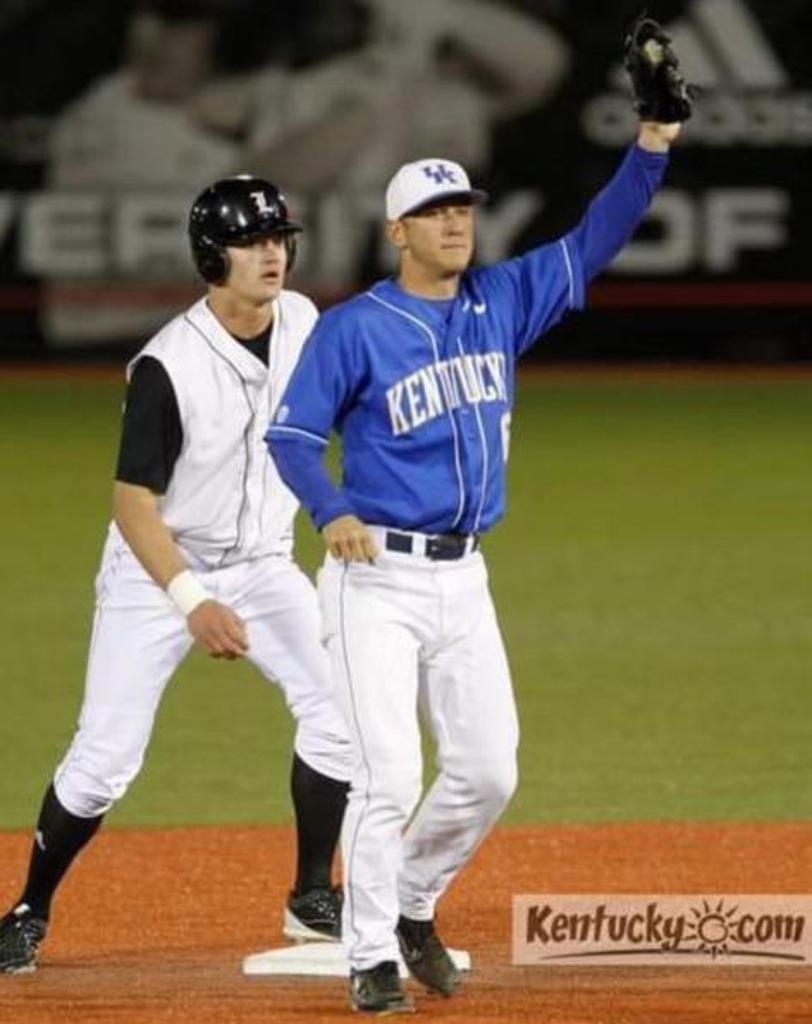 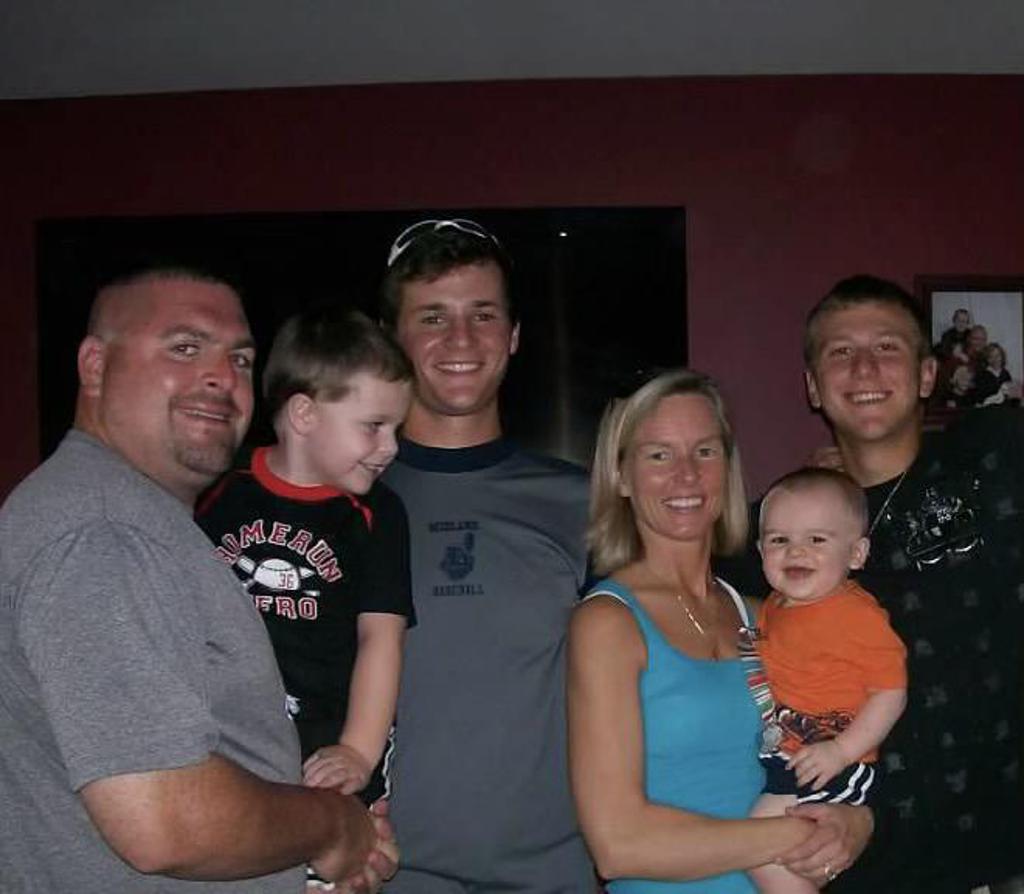 Catching up with Matt Reida

Matt Reida has come full-circle. From former collegiate and professional baseball player to now division one college baseball coach, Reida has seen both sides of the diamond. Reida, also a Midland Redskin alum, sat down and was able to ‘catch up’ with the Midland family.

Reida was able to share some information about his earlier days as a baseball player, and some other things he did outside of the game.

“I went to Western High School, which is in Russiaville, Indiana. I played basketball in high school, and Coach E actually came down and he watched me play some basketball a few times, so he can attest to that, but besides that it was just basketball and baseball for me,” Reida said.

Reida, now an assistant coach at the University of Alabama, talked about where his interest in coaching began, and he also talked about when he was able to realize that this might be able to come to fruition for him.

“For me, I think I really became interested at a young age because I have been around some really good coaches, the coaches at Midland definitely being a part of that, but I was really always interested in that lifestyle and having the chance to be around the game. Coach Lemonis, who is now at Mississippi State, recruited me to Louisville, and even though I didn’t end up going there, I kept my relationship with him, and after I had finished my playing career in professional baseball, he called me up and offered me a job to coach infielders at Indiana, and I took it, and I’ve been going ever since,” Reida said.

Reida was also able to discuss the highs and lows of the profession he is, and he described what his journey has been like as a college coach.

“I was at Indiana for a year and a half, I went to Xavier University and was the recruiting coordinator there for one year, then went to Alabama and was the volunteer coach for two years, and then I went to Pittsburgh and was an assistant there for one season, and now I’m back at Alabama. For me, the highs would be is the reward of seeing your guys have success, and you build these relationships over the course of years with them together, and then getting to see them go on and have success, whether that be winning at the highest level in college, or whether it be going on to play professional baseball, some guys even go on, and you’re able to help them outside the game of baseball, and see them have successful lives,” Reida said.

“One of my favorite guys is now doing some financial advising in Wisconsin, and we still talk all the time, and he texts me every week, but I think that would have to be the biggest highs, and then the lows, I don’t think there really are any, I enjoy what I do, and I have fun with it,” Reida added.

Now in the coaching profession, and being around so many great coaches, specifically at Midland, Reida was able to talk about how his playing days, and the people who he was around, shaped and prepared him to be a college coach.

“I had met with [former General Manager] Brian Hiler and my older brother had played for Midland, I believe in 2003, and as I came through, Brian called, and that was really my first real insight to recruiting, because they really recruited me at Midland, and when I went around the whole staff and everything, they really ran it like a college program would. Coach [Mark] Hopkins was working with the baserunners, ‘E’ was managing the team, and ‘Papa’ Joe was sitting on the bucket yelling at you. It was neat to see how many people went into it, and how they all did their different roles, and those are things that I still take with me now coaching, just listening to ‘B-Hi’ recruiting, and Coach Hop’s methods of teaching,  hey definitely helped get me interested in baseball, and helping out younger guys,” Reida said.

Before his coaching career, Reida was a standout player at the University of Kentucky, and he talked about his playing days, and why he believed Kentucky was the right place for him to attend college.

“For me, Kentucky was the closest SEC school to home, and they were building a program at that time, and at my time during Kentucky we were at the bottom of the league, and we were also a #1 ranked team, so the highs and lows of the game I could see, and it was a good experience, and I believe we were part of taking Kentucky to another level at that time because they hadn’t really sustained much, so it was exciting to be a part of,” Reida said.

During Reida’s time at Midland, he had a particular memory that stood out, and he was able to open about that.

“It was probably my second championship that we had won at Midland. I made the final out of the championship game, to beat the D-Bat team that had [current Phillies reliever] Archie Bradley, [current Angels pitcher] Dylan Bundy, and some really other good players, but I got a slow-roller, threw it to first, threw the glove up in the air, and we dog-piled, it was probably my favorite memory from Midland, but over-time in general, the relationships that I created, and since I’ve gotten into coaching, all of those relationships hold value. I use all of those guys, [current Midland catching and infielders coach] Bart Hammack, Coach E, and that’s really kind of been the lasting impact that Midland has had on me,” Reida said.

Reida was also able to share some advice to those who want to pursue a career in college coaching, and he also discussed some traits he believes are important to have in a good coach.

“I think you really have to know what you’re getting yourself into from a time-commitment standpoint, I guess that’s really the biggest challenge for our guys, you go on the road during summer months, recruiting, and you’re gone for so long, it takes a special family situation to be able to support that, if you’re married, you really have to have someone who really understands it. I think the college coaching game is very, very rewarding because you get to do all facets of it, you really are the scouting department, the player development department, the General Manager because you’re allocating scholarships, so that part being able to go kind of put things together from the ground floor, and watch it grow, is very rewarding for me,” Reida said.

“I think to be a good college baseball coach, you need to be hard- working, and I think you really need to love the game, because that will get you through those long days. When you look forward to showing up to the park everyday, look forward to working with guys, look forward to sitting around and watching baseball all day, that to me is the biggest trait; loving the game,” Reida added.

Reida was also able to talk about the impact that Coach [Brad] Bohannon [current Alabama Head Baseball Coach] had on him as a young man, and future coach.

“Coach Bo was the recruiting coordinator at Kentucky for 12 years, and that relationship that I built with him while I was in school at Kentucky, and even when I came back to Alabama, to be able to have that relationship with him was huge. He was my first phone call when I got into the college coaching game, and then three years later he called me and asked me to be their volunteer assistant at Alabama, but me and Coach Bo have a great relationship, he’s an A+person, A+human-being, so to be able to get back to Alabama and recruit for him, is exactly where I want to be, and who I want to be with,” Reida said.

Reida will begin his first year as the assistant coach at Alabama in the upcoming 2022 season, and Reida will continue to leave a positive mark not only on college baseball, but on Midland, too, and he will continue to develop and foster relationships throughout the game of baseball.