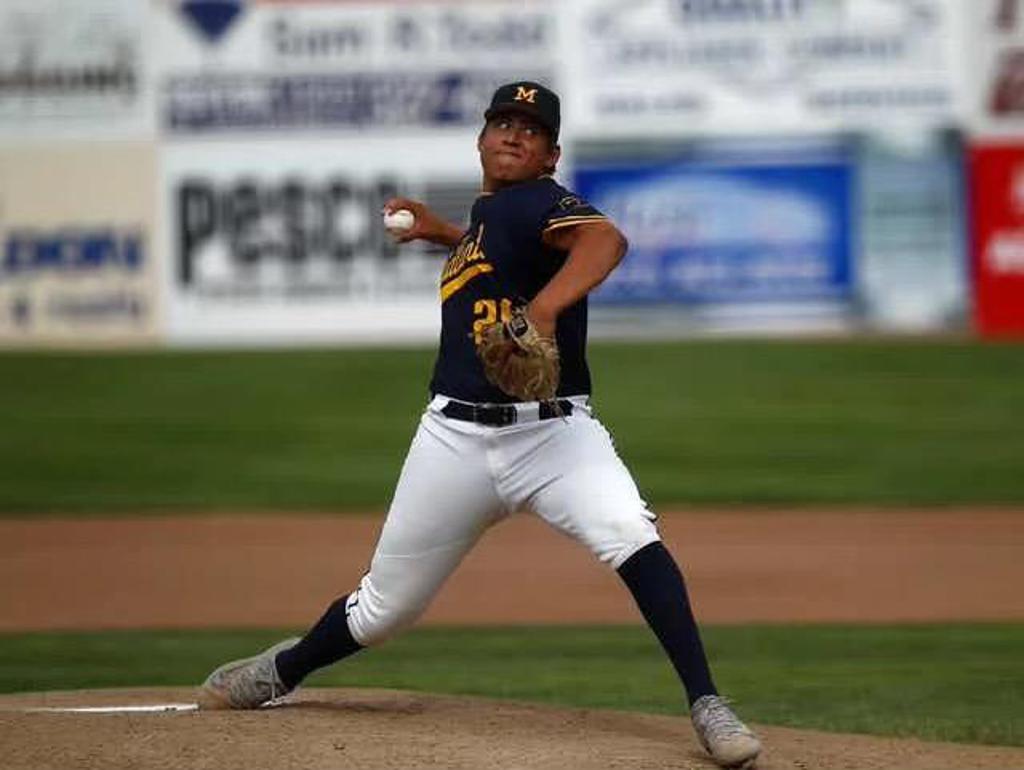 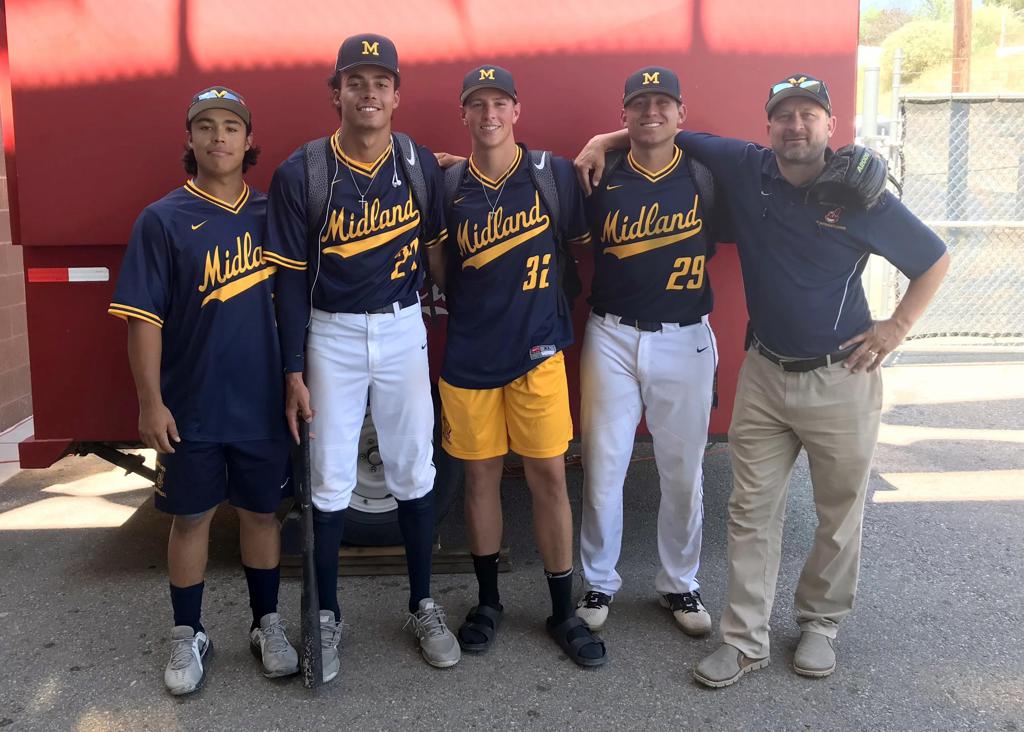 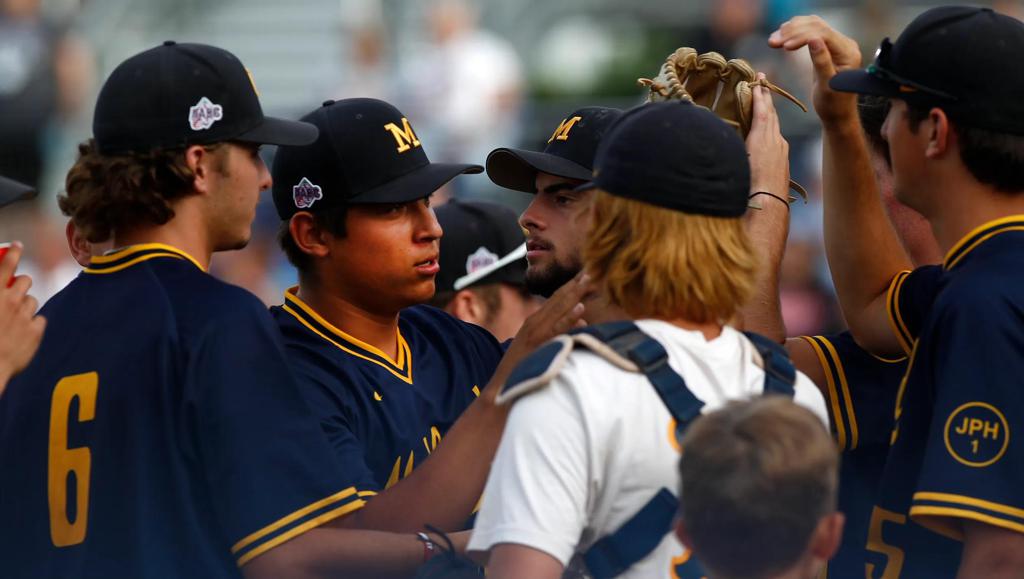 Catching up with Chase Silseth

Chase Silseth is known as around these parts as the “hometown kid.” Silseth, a Farmington, New Mexico native, and also a former Midland Redskin, has a unique journey through the Midland program, and now to professional baseball. Silseth is one of the many great players to dawn a “Midland” jersey, and be drafted. Silseth was kind enough to sit down to “catch up” with the Midland family.

It all starts in Farmington, New Mexico. Born and raised right where the Connie Mack World Series is hosted every year. Silseth was able to talk about his early days in Farmington, and he provided some background about himself.

Silseth, no different from the many other young men to have played for Midland, was impacted both on and off the baseball field in a big way, and he was able to talk the impact the program had on him.

“Midland really helped impact me positively in every way. The coaches really impacted me, and they helped bring joy to the game. You know off the field, it made me just want to be a better person, seeing how everyone treated each other everybody, and how the Midland family is; from the Midland players to all of the Midland coaches. The communication between us, just talking all the time, whether it be teammates or coaches, and it really brought a family aspect to the baseball part, and when you have that family feel, it really makes you want to bring good to everyone else,” Silseth said.

To flashback a little, Silseth was a batboy for the Redskins when he was younger. Every year when the Redskins strolled into Farmington, Silseth would be there waiting for them, and he talked about his first involvement with the Midand program, and his early memories of Midland.

“So, our first involvement with the program was when we started hosting players for the Connie Mack World Series. We knew that “Papa” Joe Hayden was the head guy, and when we got our guys, my dad told me to ask the head guy if I could be the batboy for the team. So, I went up to Papa Joe, and I asked him “can I be your batboy?” and he said yes. So, I would just follow him around every year, and when they came down, I was just the batboy every year. I didn’t have to ask anymore,” Silseth said.

“So, then obviously it got too old to be a batboy, so I just sat in the dugout one year just to be around the program. The year after I was the bullpen catcher for them, I did a fairly good job, so then the next year I was catching for the 16u team. I caught and pitched for them, but once I started throwing hard I was changed to a full-time pitcher up there. The next year when I was 16, I pitched one game for the Braves, and then I was called up to pitch for the ‘Skins, and ended up winning 3 Connie Mack World Series titles,” Silseth added.

Being from Farmington, and having the opportunity to play for a huge brand like the Redskins, it was a different perspective now for Silseth being on a team who was one of the most well-known teams not just in Farmington, but in the country. Silseth talked about the reaction he got from Farmington when they found out he was a Redskin.

“Some people were really angry, so I did have to deal with some pressure from there, but this city has a lot of supportive people, and what they do, so they’re always encouraging when someone has a chance to do things. Like Mike Dunn [former MLB reliever and Farmington native] left, but the whole town had great support for him. There was definitely pressure coming in with another team, playing the hometown team, especially with a big reputation like Midland has,” Silseth said.

Silseth went onto continue, and said “For me I looked at it as an opportunity to give people hope in this town, even younger kids can go out and do something for themselves. It was always a dream of mine to play for Midland, and I remember Papa Joe would always tell me “you’re going to be a Redskin one day.” I really wanted to be a hope beacon for the little kids here that if you work hard and give it your all, you’ve got a chance to do something special,” Silseth said.

Silseth had been to games at Ricketts Park all of his life, so when he got the opportunity to pitch on the Ricketts mound, it was undoubtedly a very special moment for Silseth. He was able to talk about that experience, and what was going through his head at that time.

“So, the first game I pitched was the game before the semi-finals, we played the Danville Hoots. We had been undefeated at that point, and being the first game I pitched, being the hometown kid, I was pretty excited. When it got out that a Farmington kid was throwing for the Midland Redskins, I think word got out, but I tried to look at it as fun and not let the nerves get to me as much. It was a 5:15 game, so definitely more packed than normal, and it was just crazy to see the support, and people wanting me to do well. That game will always be a memory, and I’ll never forget turning around on the mound after the National Anthem seeing all of those people, it was awesome,” Silseth said.

Silseth was also able to talk about Papa Joe, and the meaning and impact he had on Chase as a ballplayer, but also as a young man.

“He really made me feel welcome and a part of the family that Midland is. He almost took me in as his own grandson when I was younger. Being able to sit on his lap during games, be able to sit next to him, and talk to him all the time was really special. He always promised me I’d play for him one day, and I wanted to so badly, but he passed which sucked, but there was never a time when he wasn’t on my mind when I was on a field with the Midland uniform because I knew what I was playing for,” Silseth said.

Silseth’s journey in the college baseball world has been different from many. He’s had many ups and downs, but he weathered the storm. Silseth was able to talk about his journey, and he was able to offer advice for the young men who want to pursue baseball in college.

“I went to Tennessee my freshman year, and then I transferred to Junior College my sophomore year where I went to the College of Southern Nevada in Henderson, Nevada. I eventually ended up going to the University of Arizona for my Junior season. The path that I took, I wouldn’t want to change it for anything because they were all valuable learning experiences. When it gets tough, you got to grow from those and really learn from them to be better, which would be my main piece of advice,” Silseth said.

Silseth was also just taken by the Los Angeles Angels in the 2021 MLB Draft, so he was able to take us through the experience of getting his name called, and becoming drafted by a major league ballclub.

“It’s been a really crazy of couple days. The second day I was talking to some teams, not really thinking anything was going to happen. I talked with one specific team, and we kind of had an agreement where we negotiated a little bit, but it got to the point where they had to go their separate ways, and I respect their organization, they had to do what they had to do. After that, I really didn’t know if I was going to get drafted, there was some talks with other teams, but I wasn’t able to get the triggered pulled. Waking up the third day, I realized this might not happen, if it does, I’ll be grateful for it. But, I did get drafted, and I got a phone call from the Angels saying they just drafted me. Being able to get that call from a professional team was awesome, and I was really just speechless,” Silseth said.

Silseth has one of the most unique backstories from a Midland player, making his draft selection even that much more special, and not only is he a quality baseball player, but an even better human being. Silseth becomes one of the many young men to get his name drafted from Midland, and he will look to be another Redskin to carve out his path in professional baseball.